I am Hong Nam-pyo, Mayor of Changwon City.I would like to express my warm welcome to all of you. 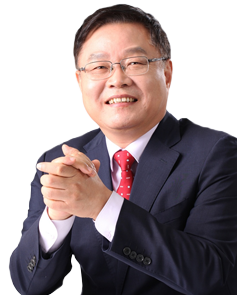 There is a saying, “One person’s dream could end up as just a dream, but everyone’s dream can come true.”

To revitalize the economy of Changwon through supporting the normalization of the nuclear power plant and defense industries, To foster culture, art, and content industries and create one of world’s top four beautiful ports (Masan) To commit to becoming one of the world’s top seven port logistics cities (Jinhae) based on Jinhae New Port To strengthen our status as a central city of Gyeongnam Province in the Republic of Korea

To be a central city in Northeast Asia, Changwon

When citizens join forces, our dream can be realized.I will communicate with a top priority of civic unity.I will listen attentively to the citizens’ voices with open ears and an open mind.

Honorable citizens, actively participate and put forward your opinions and together we will make Changwon even better.